InícioCorryRebecca Corry is working her Louis C.K. sexual harassment story into her...
CorryRebecca

Rebecca Corry is working her Louis C.K. sexual harassment story into her act 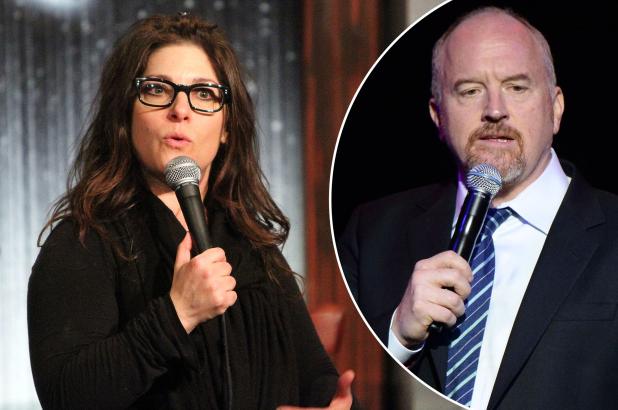 Comic Rebecca Corry will address her experience with Louis C.K. in her upcoming act. Getty Images

Rebecca Corry is over being asked about Louis C.K. whenever the comic finds himself in the headlines, which has been the case ever since comedian Corry spoke up as one of five women who accused the “Louis” star of sexual harassment in a 2017 New York Times investigative story.

Aside from a 2018 Vulture essay about it, Corry has avoided addressing the sordid encounter, but is finally ready to address the matter through her work, she explains to Variety.

“A hundred percent. Yes. I’m absolutely going to be talking about this. It’s part of my story and it’s my story to tell,” Corry answered when asked if she is now addressing the matter in her act.

“It takes time to process,” she went on. “And so much about it was so unbelievably painful and disappointing and sad and hurtful, and many times I feared for my safety, as I said earlier. I’m now able to process it and find some of the funny in what is a disgusting and absurd circumstance. I think it just takes time to process trauma into humor.”

After speaking up, Corry believes she was the one who was truly “canceled.”

“I was canceled in 2005, the day ithappened,” she asserted. “This bulls–t about the predators being the ones who get canceled is a cute idea but not true. They don’t get canceled, they just get an adult ‘time out.’

“Their behavior is interrupted momentarily, but fear not, they have hardcore fans, millions of dollars and will always hold the power. The people who get canceled are the ones whose lives and careers have been f–ked with, and mine has.”

Many questioned whether C.K. had truly been canceled after he won a 2022 Grammy for Best Comedy Album, a win that left accuser Julia Wolov crying foul.

As for Corry, she refuses to give the stand-up any more acknowledgment outside of mining the experience for her next gig.

“I don’t care what that guy does, and of course cancel culture is real. I’m living proof. The moment I was sexually harassed at my job, I was canceled. That’s how it works, kids. And referring to me as a ‘victim,’ ‘accuser,’ ‘silence breaker’ or ‘one of five women’ has grown tiresome and is now intolerable. My name is Rebecca Corry.”