It’s Easter weekend and so it is that “SNL” kicked off its latest episode with an Easter-themed cold open. Well, ostensibly, as the Easter theme really just provided a different way for “SNL” to run through a grab bag of celebrity impressions and mildly amusing jokes about recent events without any real point other than “hey, remember this thing that happened?”

Also yes, James Austin Johnson’s Trump showed up because, we don’t know, apparently there is a law that says Trump is the only president “SNL” is allowed to notice anymore? But, Bowen Yang played the Easter Bunny, and he’s always great, and Cecily Strong’s impression of Marjorie Taylor Greene at least had some teeth, which was fun.

So, Yang’s Easter Bunny started it off with some jokes about how maybe he’s actually at Coachella on drugs, inroduces himself as the “freakiest man-sized bunny with no-backstory” who doesn’t use elf slave labor like Santa. Then he says that Easter is “about renewal and rebirth,” which is why he invited “people form all walks of life” to detail their hopes for Easter. 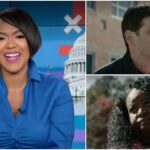 Of course, they turned out to not be from “all walks of life,” which might have been interesting, just from recent headlines. First up was Kate McKinnon as Anthony Fauci for some jokes about COVID-19.

Next was Cecily Strong as Greene, who had two pretty good jokes at the expense of the extremist right wing politician.

The first was, “I’ve been saying to my Muslim and Jewish colleagues, ‘happy Easter.”

The second came at the end of her appearance when she said “happy Easter and God bless Russia, I mean America.”

Next, Chris Redd came out as New York Mayor Eric Adams, playing him as a vaguely sexual harass-y weirdo. But, the joke had teeth when Redd mocked the way the NYPD and Mayor Adams have gloated about catching the Brooklyn subway shooter.

“We got him. We got the shooter. Sure it took 30 hours, and the suspect turned himself in, but we got him. Case closed,” Redd joked.

This was followed by Mikey Day as Elon Musk, who joked that he wanted to buy Easter for $43 billion peeps. Next was Chloe Fineman as Britney Spears, followed by Kyle Mooney as “Jesus Christ… just kidding I’m Jared Leto.” And finally, Johnson showed up to do his increasingly exhausting Trump impression. 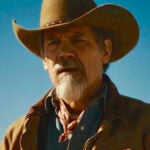 That’s about it. And you can watch parts of it Below.

But first, real talk: Johnson’s impression is quite amazing, we obviously think he has some talent. But it’s 2022. Literally, it’s 20 –ing 22. It’s been 13 months since Joe Biden, a guy with many things to make fun of or even just notice exists and is running the country, took office. He’s even been in the news for something other than “calling in to Fox News and saying bigoted stuff and lies.” And Johnson, who by the way is very talented, could even do the impression.

Yet for some reason, “SNL” still does several-minutes-long *Trumpbits like it’s 2017 and we’re all still processing the fact that the electoral college exists. Who can say why but if we’re being honest, it would be nice to have like, even a month off. Like maybe limit Trump parodies to when he actually does something newly weird, or alarming, or tries to overthrow the election again, or when he inevitably runs in 2024.