When ‘cheap’ Gilbert Gottfried had lunch at NYC’s trendiest restaurant 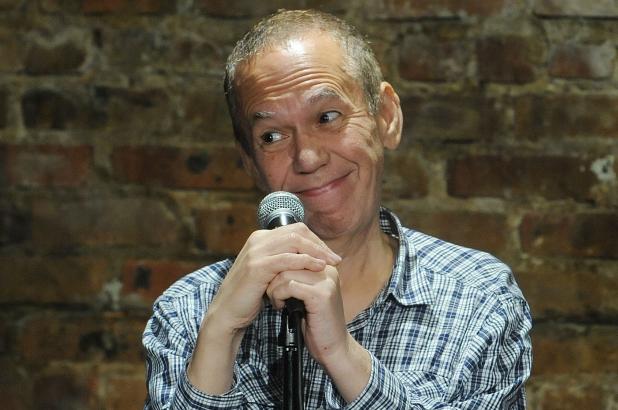 Friends of the late Gilbert Gottfried recall his love of a “cheap” meal.Getty Images

Who said there’s no such thing as a free lunch?

One of the recurring topics among friends and family at Gilbert Gottfried’s laugh-and-tear-filled memorial service at Riverside Memorial Chapel on Thursday was the standup’s legendary frugality.

His wife, Dara, recalled that on their first date, she got all dressed up only for Gottfried to order one rice pudding for them to share. “I thought it was a little odd,” she admitted. “He couldn’t order two rice puddings?”

Comic Jeffrey Ross joked at the funeral, “Once again Gilbert you left us with the check!”

But it wasn’t the only time Gottfried’s famed cheapness came out at a Manhattan meal.

Comedian and comedy chronicler Jeffrey Gurian — a close friend and collaborator of Gottfried’s — told us that before Gottfried married Dara in 2007, “The joke I remember in those days was that Gilbert’s idea of a special date was buying a girl a second drink.”

Gurian added that when he penned his 2012 tome “Make ‘Em Laugh” on famed New York comedy club the Comic Strip, “I interviewed all the big stars that came out of that club,” including Jerry Seinfeld, Chris Rock, Ray Romano, Lewis Black, Colin Quinn, Jim Gaffigan, Susie Essman and many more.

But, “Gilbert was the only one who insisted on being taken out to lunch.” And apparently Gottfried chose upscale Pastis in the Meatpacking District as the place to meet.

Pastis — one of the city’s starriest restaurants — was “expensive, very trendy, and so noisy at lunch time I could hardly do the interview,” Gurian told us. “Gilbert just kept ordering things from the menu, and even asking for things they didn’t have.”

When the interview finally began, Gottfried “insisted he had never been at the club. He said he just came for the lunch.”

Comic Strip owner Richie Tienken was also at the meal — and picking up the tab. “I thought Richie was going to have a heart attack!” said Gurian. “But I finally got Gilbert to admit he had actually been. It was one of my greatest Gilbert memories.”

Gurian told us in memory of his friend, “Gilbert was so loved by all who knew him. Such a unique voice in the comedy world. Gilbert and I were friends for over 40 years, and as you might imagine the funeral was a laugh fest. Even the rabbi was funny.”

At the service, Essman recalled once taking a car with Gottfried into Manhattan from New Jersey, and Gottfried reluctantly coughing up cash for the toll by taking out three bucks, kissing them, and telling his hard-earned singles, “Goodbye boys.”

Dara said at the service, “I loved his heart and soul, his jokes were dirty but his heart was so pure.” She also said at the service of how the couple met: “I had just turned 27 and Gilbert was 42. We met at a party at Tavern on the Green. I was there because I was in the music business and he was there for the free food.”

She also joked, “Some food fell off my plate and Gilbert picked it up and put it on his plate.” The couple had two children, Lily and Max.

Gottfried, who starred in films including Eddie Murphy’s “Beverly Hills Cop II” and Disney’s “Aladdin,” died on April 12 at the age of 67 from a heart abnormality.